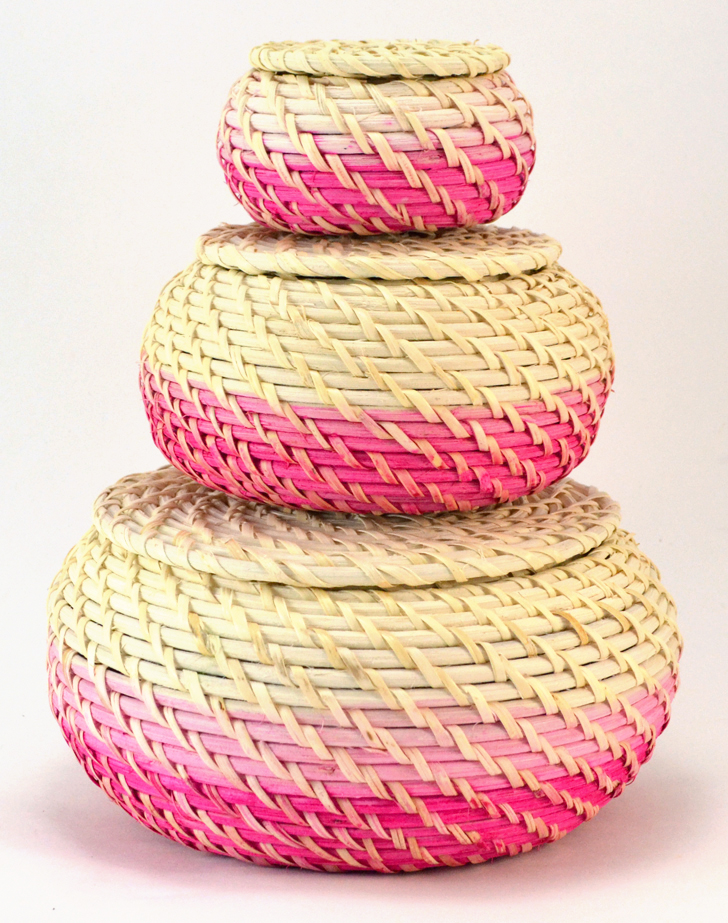 Baskets are a lovely way of keeping clutter at bay.  Dyeing baskets is a quick and easy DIY.  You have many more color options by dyeing the baskets yourself.  You can dye the entire basket, the lower section or the upper section.  Thanks to Dream a Little Bigger for the idea.

IKEA is so my place and, as it just so happens, Rob is very keen on the place, too. Our pantry has been a nightmare and with a little bit of extra stress on me lately I’ve been having meltdowns over things just as trivial as a messy pantry. Like a total. freaking. meltdown. Rob stands there looking concerned and then when I’m off doing something besides wigging out I can hear him trying to quietly fix the thing that upset me so much. And while I was planning on organizing the pantry, Rob has taken it upon himself to do it for us and it’s really nice to not have to stare a problem spot in the eye and try to keep calm. He really is a sweet guy.

Every time he’d work on it a bit he’d say something to the effect of “I bet we could find the perfect thing for the pantry at IKEA”. But it turns out that the nearest one is about 5 hours and that’s a bit too long of a journey for us for pantry stuffs. So we instead bought things online through Amazon and even will be making some things, too. But I LOVE that Rob likes IKEA every bit as much as I do. It’s always so, so nice whenever someone you love loves the same things you do. It just makes things so much easier knowing that when I get excited when we pass an IKEA, he’s going to get excited, too.

On our last trip to Houston we went to IKEA twice in 2 days. The first day we were there for FIVE HOURS with my dad waiting for us. It was actually Black Friday and we figured that it would be pretty dead considering everybody else would be after televisions and computers and whatnot at other stores and it turned out we were right AND IKEA had a few pretty awesome deals. That first day we got so much stuff and I was so pleased that whenever I’d stand forever eyeballing something to then place it in the cart Rob, not once, asked why I was getting something. He knew why. He knew that I stood there trying to think of a project I could do with it and if I did, and I liked the idea well enough the item went into our wonky like ‘your drunk auntie at Christmas’ cart (they are the only thing I dislike about IKEA – those things are stupid and evil) he wouldn’t give me any kind of grief about it. That’s nice. I hate feeling like I have to validate every little thing I do.

So when he saw me staring at these for an exceptionally long time he asked if I was okay. And so I asked “do you think this material would take on color if dyed? It looked like a natural material that would take it but sometimes I’ve put something in dye for it to just sit there and resist it and then I’ve wasted a package of dye AND I have a mess to clean up for no good reason. When we thought about it a bit and decided we were pretty sure it would, I put them in the cart and we were on to the next thing, being an all new sofa to replace our ugly as an old foot sofa we had just gotten from an online order that was a bad, bad, idea 🙂 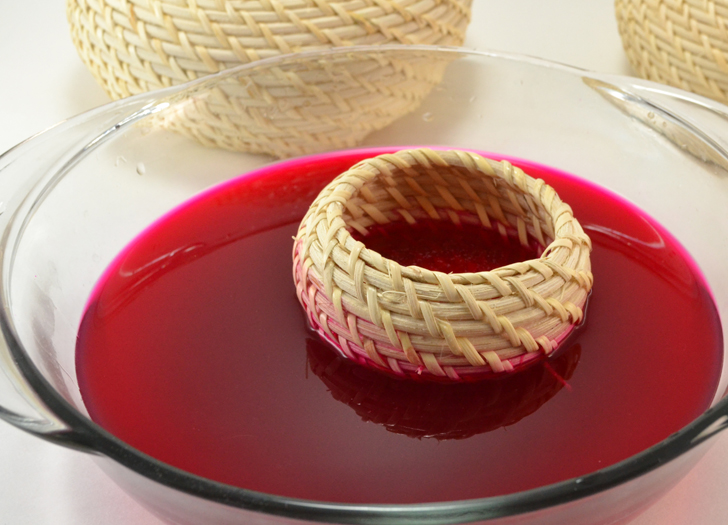 Images from Dream a Little Bigger.

For the full instructions visit Dream a Little Bigger. 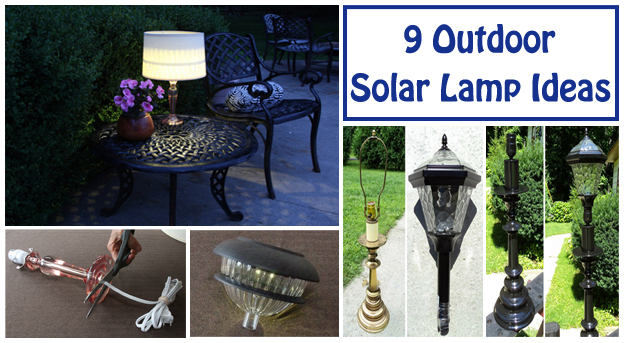 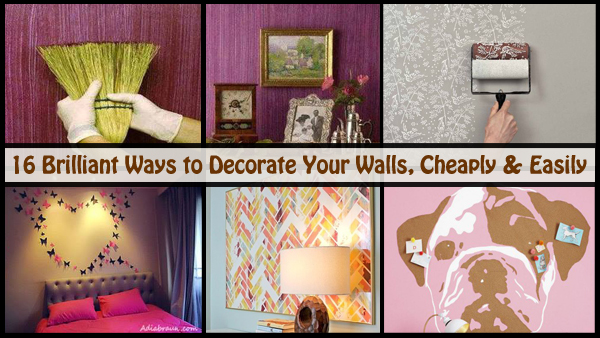 16 Brilliant Ways to Decorate Your Walls, Cheaply and Easily