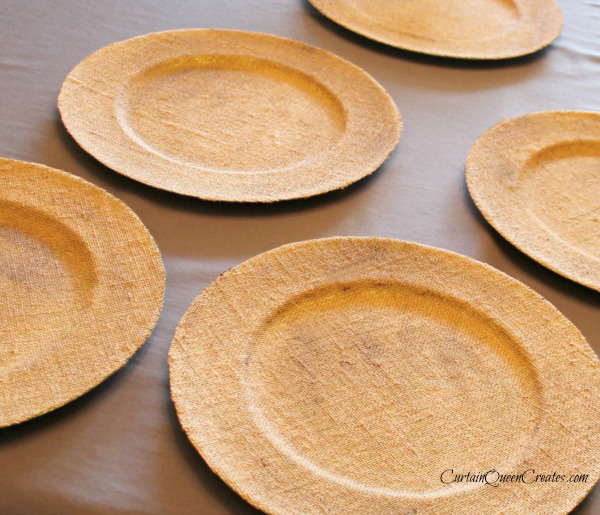 This DIY burlap charger idea is great for fall.  It brings a feeling of harvest which is to be celebrated at Thanksgiving.  I know Hobby Lobby carries burlap by the yard and in a wide array of colors.  I like how a simple project can change a look.  Thanks to Curtain Queen Creates for the lovely idea.

Remember the green chargers I found on clearance at Michael’s during our beach trip in August?  You saw them for the first time in my Summer to Fall Table of Transition post.  I saved a few to use in their state of green-ness, but I pulled six from the group and gave them a whole new look.

Early this month, the place setting for my Swiss on Corn Chowder had the new burlap charger included.  I cropped it out for the corn chowder post.  Sneaky, sneaky!  Anything to avoid spoiling the surprise.

I love using these chargers!  They’re rough and rugged, aged with smudgy splotches of dark wax.

And…they were simple as pie!

I started by making my own Mod Podge-like substance out of equal parts of school glue and water.  I actually like it better than Mod Podge. 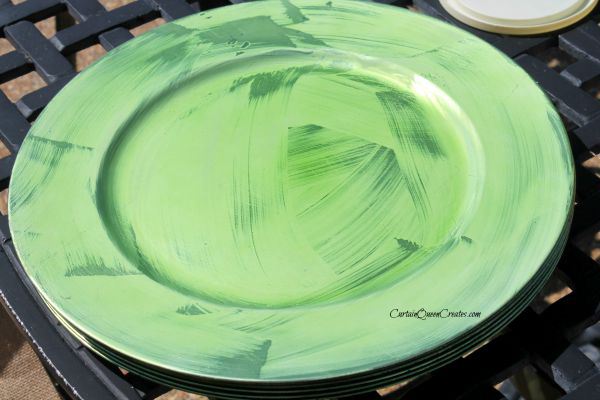 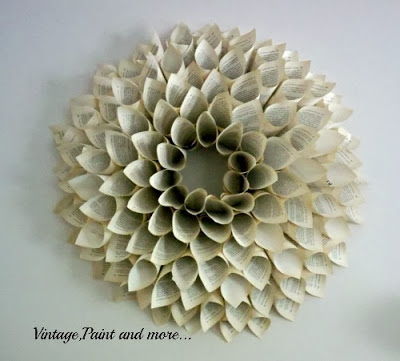 DIY Lovely Wreath Made From Pages Of A Book 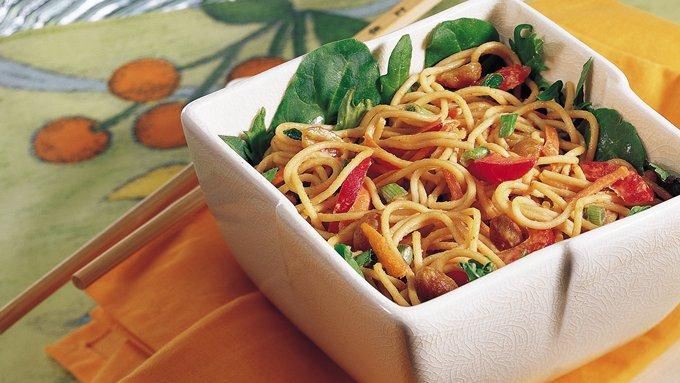