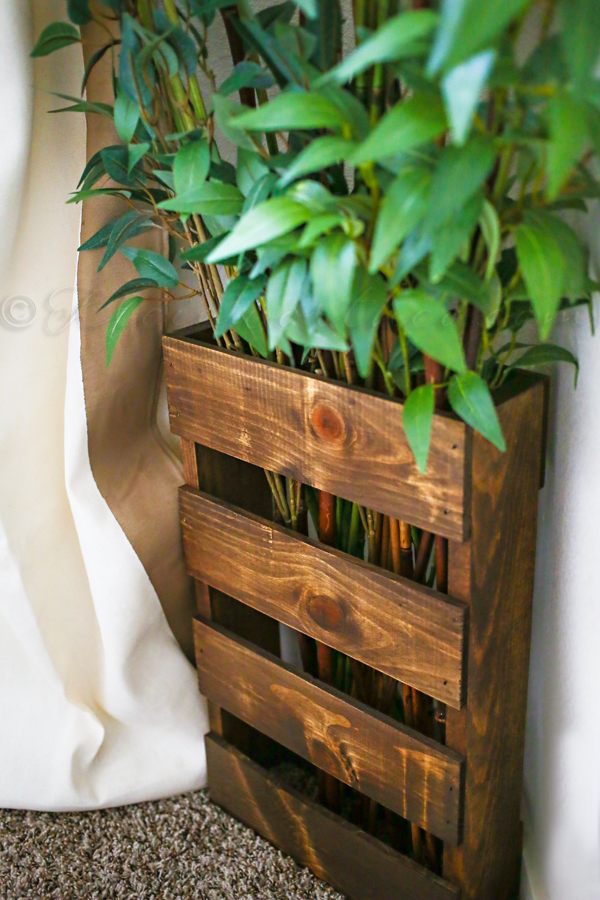 This DIY pallet planter is a lovely idea inside or outside your home.  The plants in this particular project aren’t real but if have a green thumb go for the real thing.  A pallet planter or two would look nice outside next to the front door.  Thanks to Kleinsmith & Co. for the great idea.

One space that has been itching at me since we moved in to our house a couple months ago is the stairwell. We have so much wall space in that one vertical area that it’s just calling for something cool to be done with it. You see – the rental we lived in while this house was being built had very little light. So when we had the chance – we added as many windows as the builders would allow & still let the house be structurally sound. This left little wall space for art in most rooms- which is fine. I just have many windows to decorate instead. But this stairwell – well, it’s challenging. Because of the floorplan the design isn’t as I would have liked & the builders WOULD NOT agree to do anything but carpet in this space.

A Cool Way To Turn Postcards Into DIY Art 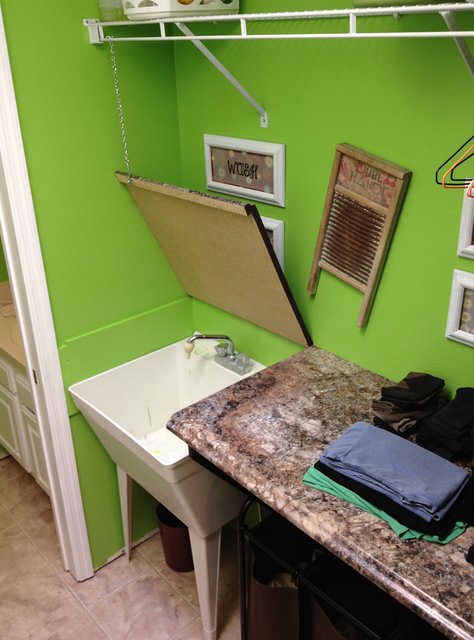 A Clever Counter Over The Utility Sink DIY 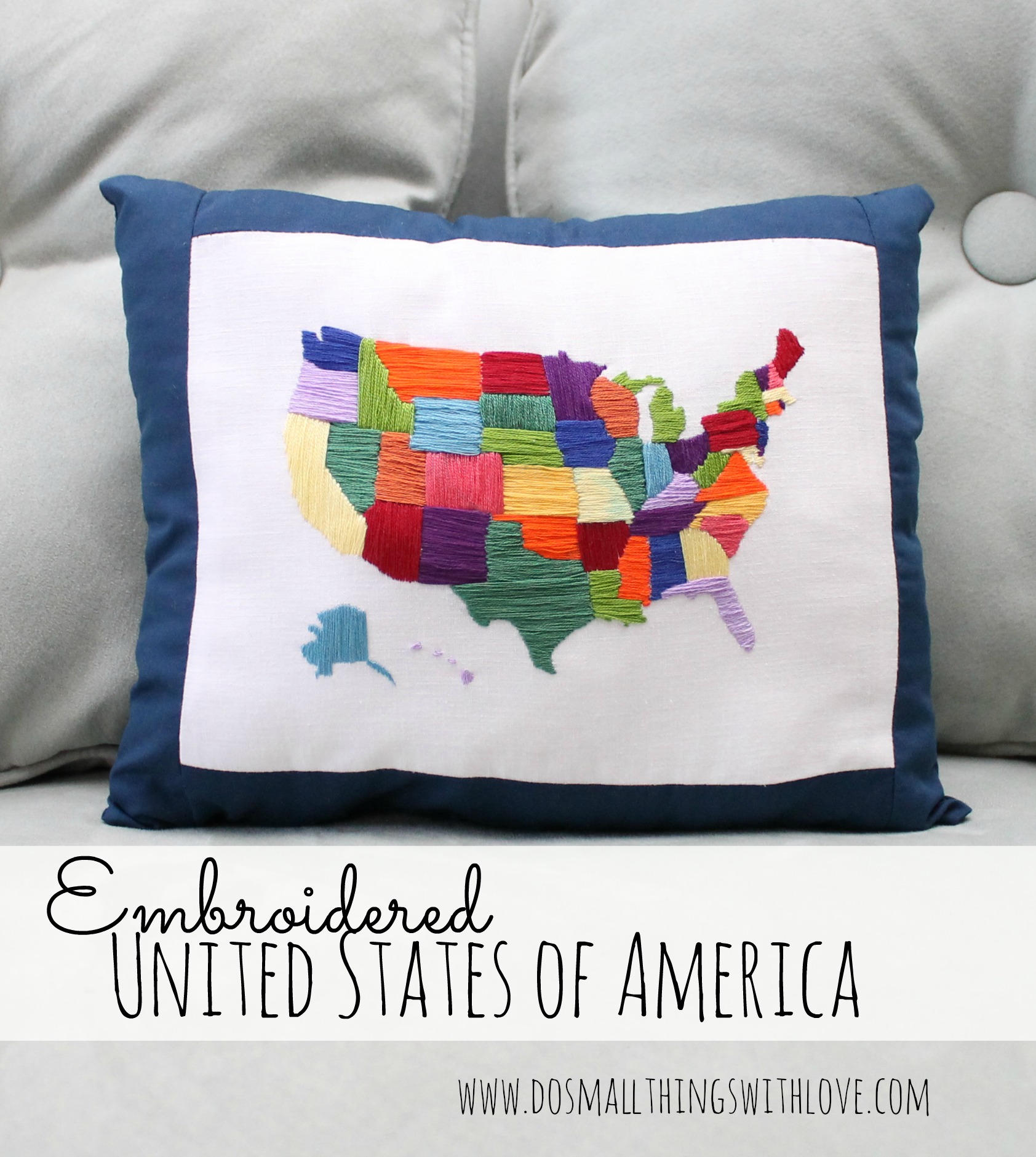 Like Embroidery And The U.S.A.? Merge Those Likes On a Pillow DIY Style